“Lovely and touching.” —The New Yorker

“Absolutely gripping … comic and stylish…. A play not to be missed.” —N.Y. Post
Bio’s:
Robert has played on the boards in Los Angeles, Seattle, New York, Eugene and a few points in betwen. Mr.Ambrose has appeared in National Commercials for Dell Computer, Bud Lite and most recently,Geiko (not the cave man). He also had the opportunity to work with Director Tim Hill on Garfield 2 and Alvin and the Chipmunks for on-set “shooting” voices(way to much fun). Robert would like to thank Michael Monks for his skillful eye as a Director and our positive disagreements and Elena for asking me to play Richard . Lets go for a ride !
Elena Beuca – (was born in Romania- Transilvania and came to America three years ago to study at the American Academy of Dramatic Arts in Hollywood. She fell in love with acting and the whether in Los Angels and decided to establish here. She owes everything to God, family, amazing friends and her acting teachers: Rebecca Kitt, and Ivanna Chubuck – who alwayes push her to get better. And more important- thank you Michael Monks- it’s been a pleasure to work with you and this great cast.
Nora Feels so blessed to have the opportunity to work on this production of “The Baby Dance” Directed by her mentor and Michael Monks. She would like to Thank her Mother, Sister Katie and Mary for making the journey all the way down from Northern California to watch her acting debut.
Dave likes playing rugby and late night tap dancing. He likes cooking for his girlfriend, as long as she doesn’t complain. Mr Rogers worked on the floor on the N.Y.S.E. for eight years, felt the shaking quake of the economy and decided to move to a more stable, secure career in acting. Resulting in a family intervention with their psychologist on Dave’s “not so strong choices”, Mr Rogers is known for doing whatever it takes to prove them wrong. He would like to thank Elena Beuca and his teachers Michael Monks and Ben Davis for assisting him in this quest.

War from the Pacific Brought to the Hollywood Stage

Civilians can get in on the action with tickets starting at $20 for adults &amp; $15 for veterans, seniors and students (with valid ID).

One American soldier and one Japanese soldier will be stranded together on an island in the Pacific with nothing but a solitary battle knife separating them.

The Los Angeles stage will for the first time witness the English and Japanese languages share the same stage when Shimon Wincelberg’s “Kataki” is remade since its original 1959 Broadway debut.

Kataki tells the story of an American soldier, who regains consciousness after crash landing on a deserted island somewhere in the Pacific Ocean during the war. He awakens to find himself in the hands of a Japanese Imperial soldier, his enemy combatant. With their respective languages of little use and one bayonet between them serving as judge, jury, and executioner, two soldiers must find ways communicate and coexist. The only possible alternative would be the extermination of either one of them.

This incredibly unique production brings together the creative team comprised of Director Peter Haskell and the “Prince Livingston Players” which includes Stars/Producers Fernando Aldaz and Yasuhiro Takahashi all of which come from a strong foundation and belief in truthful and riveting acting that captures the real essence of human nature.

A graduate from Harvard University, Haskell’s directorial approach is heavily influenced by his long time mentor Peter Kass, who was a member of the Original Group Theatre, founded on the revolutionary acting approach that gradually swept the United States in the 30s and 40s that eventually came to be known as ‘Method’ acting.

Haskell also brings to the table his United States armed forces expertise having served in the 11th Airborne Division from May 1954 thru April 1956. Haskell’s creative approach to “Kataki” is also heavily influenced by his experience of three uncles who served the armed forces during the Second World War.

Aldaz, who plays Alvin, brings to the table his extensive training having studied at the Circle in the Square Theatre School on Broadway and the Stella Adler Academy of Acting in Los Angeles.

Takahashi who plays Kimura, completes this versed creative triad, having been born in Osaka, Japan and a member of Los Angeles’s only Japanese theatre company, “Arigato,” Takahashi also received his acting foundation from the Stella Adler Academy of Acting of Los Angeles.

Audiences will get an authentic taste of the war’s pacific front conflict when this creative teams’ vision hits the stage at the end of January. Tickets can be bought online at the “Kataki” official webpage, www.kataki2010.com or at the door of the McCadden before showtimes. Additional information is available at Kataki’s official Facebook page. 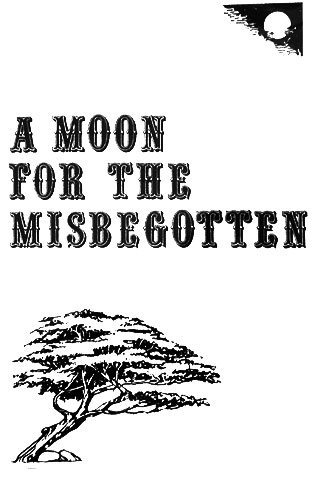